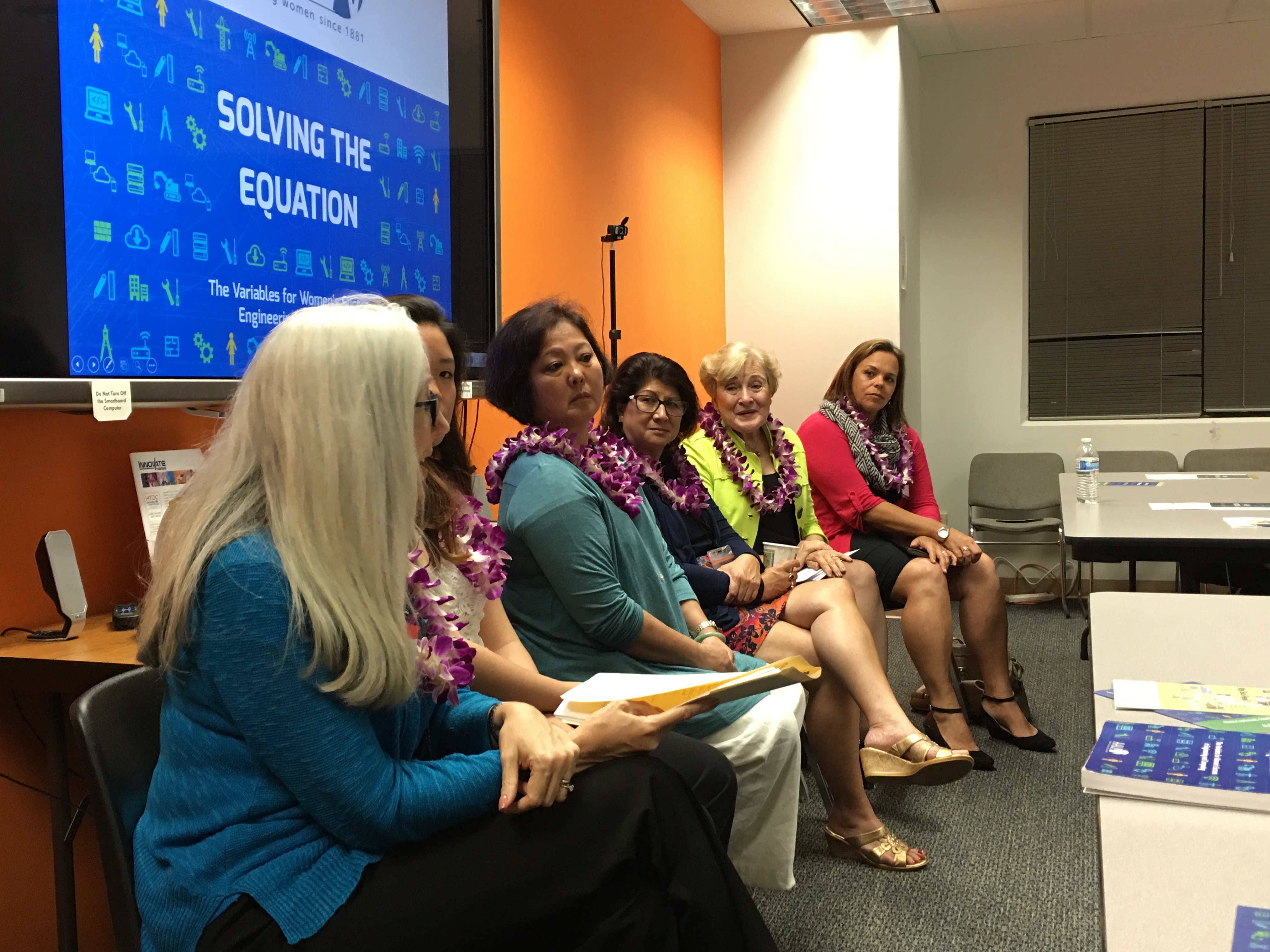 In 2010, AAUW published landmark research in a report titled, Why So Few? Women in Science, Technology, Engineering, and Mathematics — a report that ignited nationwide interest in the shortage of women in STEM. On November 4th, AAUW Honolulu stoked that interest with its panel discussion, Solving the Equation: The Variables for Women’s Success in Engineering and Computing at the Manoa Innovation Center.

Panel members and participants examined the current state of underrepresentation of women in engineering and computing. They also discussed practical ideas for educators and employers seeking to foster gender diversity, and identified new ways of conceptualizing the STEM fields for beginning students to pique interest. Economic impacts of the shortfall were also highlighted and elaborated on by Joanna Amberger, president of AAUW Honolulu.

“The lack of women in the fields of science, technology, engineering and mathematics means the US is less competitive in the global marketplace because half the population isn’t proportionally represented in STEM,” said Amberger. “Industries that have been inclusive of women benefited from a more comprehensive point of view. Companies involved in STEM would see the same competitive advantage by supporting STEM education for girls and making their workplaces welcoming to women.”

Notably, the forum panel consisted of women who work in high technology, as well as a high school student with plans of pursuing a future in the field. The panel members included: