Ms. Robbie Melton is the Executive Director and CEO of the High Technology Development Corporation (HTDC).  Ms. Melton leads the organizations three divisions, Technology Based Economic Development, INNOVATE Hawaii Manufacturing Extension Program and Hawaii Center for Advanced Transportation Technologies. Prior to joining HTDC in 2014 Ms. Melton served as the Director for Entrepreneurial Innovation for the Maryland Technology Development Corp. (TEDCO).  Her primary
responsibility is assisting early stage companies to secure funding and business resources to facilitate the commercialization of technology developed at university and Federal Laboratories.  She was portfolio manager for 35 early stage technology companies.  Prior to her appointment, she served as Assistant Director of the Investment Financing Group of the Maryland Department of Business and Economic Development, the angel and venture fund for the state of Maryland.  Ms. Melton is the co-founder and past president of Women In Bio, a non-profit organization dedicated to helping women entrepreneurs, executives and career women in the life sciences.   Her career includes positions at the University of Maryland Engineering Research Center Maryland Industrial Partnerships program, the Center for Cancer & Transplantation Biology at Children’s National Medical Center, the University of Hawaii, the National Science Foundation and the National Oceanic and Atmospheric Administration.

Betty White is the Head of School of Sacred Hearts Academy in Honolulu, which has grown tremendously in many critical areas such as math, science and technology, fine arts and economics under her guidance.  She is the past chair of the Central Union Preschool Committee, has served on the Governor’s leadership committee for the International Women’s Conference for the past five years, is currently serving on the 20th Anniversary of the Domestic Violence Action Center, has served three terms as the Private Schools coordinator for Aloha United Way, was past president of both Soroptimist International of Waikiki and the Zonta Club of Honolulu, is a Director of the Hawaii Association of Independent School and  is a Trustee of the National Coalition of Girls Schools. She is well known throughout the state because of her commitment to the roles and issues all young women face on a daily basis. She has published extensively in the Honolulu Advertiser and the Honolulu Star Bulletin, championing the causes of women and the role women can and must play in providing the necessary financial basis for the needs of the family. She is often a guest speaker or a panelist for organizations on this same topic. 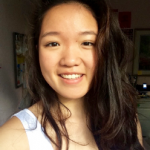 Jackie is a senior and serves as the President of the Student Council, Key Club, and the National Honor Society. She hopes to pursue her interest in mathematics through cryptology.

Castle has shown her that while money has a big impact on the quality of a school, the community is another important factor. She knows that despite the economical challenges at Castle with the help of the community/school it can become sustainable. Castle is not a rich school and the community helps out by giving many donations. When she isn’t busy with school and extracurricular activities, Jackie loves to watch Gossip Girl on Netflix or hang out with friends.

This year Jackie is striving to learn how to plan for her future. She is exploring what career, college, or major she will pursue. Jackie is interested in social and environmental sustainability. The ability to make small changes in the present and have a huge positive effect in the future is why Jackie would like to bring sustainability to Oahu. 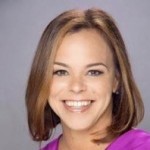 Sunshine Pualani Walker Topping is Vice President of Human Resources at Hawaiian Telcom.  A seasoned strategic HR executive with nearly two decades of experience in Human Resources and Organizational Development, Sunshine previously worked at ‘ike (formerly known as DataHouse Holdings Company), a local technology company.  Sunshine also has extensive HR experience at telecommunications and technology companies both here in Hawaii and on the mainland, including at Sandwich Isles Communications, Adtech/Spirent Communications, and The Boeing Company.

A busy working mom, Sunshine manages to find time to remain active in the HR industry and our community. In 2010, Sunshine was appointed by Governor Neil Abercrombie to serve on his cabinet as the State’s Director of the Department of Human Resource Development, where she managed labor and employee relations, recruitment, training, workers compensation, organizational development, legislation and the departmental budget.She currently serves as an appointed member of the State Workforce Development Board, the Membership chair of the Society of Human Resource Management, and is a member of Hālau Kupukupu Kealoha. 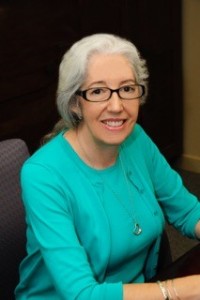 Leslie Wilkins serves as vice president for the Maui Economic Development Board, Inc. (MEDB). Wilkins joined MEDB in 1999 to launch its Women in Technology Project and in June 2000 she was elected by MEDB’s Board of Directors to the position of vice president. Wilkins continues to direct the Women in Technology (WIT) Project which has grown from a Maui pilot to a national demonstration project, funded in part by the U.S. Departments of Labor, Education and Agriculture. The program serves a statewide constituency of more than 40,000 students, teachers, and industry members each year, including administering regional partnerships.

The program designed to recruit and retain girls/women and under represented groups into the Science, Technology, Engineering and Math (STEM) pipeline has garnered ‘best practices” recognition and received a 2005 International Economic Development Council multi-year performance award. WIT has published more than a dozen papers in academic and education association conference proceedings. 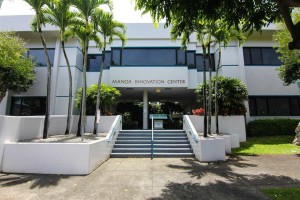 Located near the main research campus of the University of Hawaii in Manoa Valley, the Manoa Innovation Center (MIC) brings together the best of Hawaii’s intellectual and physical resources. MIC’s primary role is to serve as an incubator for new and early-stage technology companies. Tenants enjoy advanced 100Mb/s symmetric internet connectivity, state-of-the-art facilities and shared support services. MIC began its 20th
year of operations in 2012, accelerating the growth of technology companies by providing business development services, synergistic and strategic partnerships, networking activities and professional marketing opportunities.

High Technology Development Corporation is a state agency established by the Hawaii State Legislature in 1983 to facilitate the development and growth of Hawaii’s technology and innovation industry. The State views tech and innovation as important drivers in the diversification of Hawaii’s economy that provide quality, high-paying jobs for Hawaii residents.