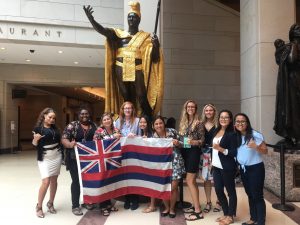 AAUW Honolulu’s contingent of NCCWSL scholarship awardees returned from the leadership conference held in Maryland and had this to say:

Autumn-Raine Hesia, Windward Community College Upward Bound Residential Advisor, reflected: “The conference was significant because it was my first chance that I had to fellowship with women from all over the world that had dreams and goals similar to mine. It was refreshing to see these young women inspire, encourage, and advocate for one another in an effortless way. To be in workshops and in key note speeches where inspiring testimony was shared. I am thankful for NCCWSL giving me the opportunity to learn, engage, and feel the change that is up and coming.”

“As a woman and minority in STEM, I had my fair share of hardships and successes since my big move to Hawaii,” Lean Teodoro, who holds a Bachelor of Science in geology and geophysics, shared. “Coming from a small island called Saipan, and leaving to pursue grander ambitions, I was automatically put on a pedestal. While you do have a great supportive network in front of you, you also realize that there are a few out there waiting for you to fail. Hearing from all the amazing, inspiring, and empowering boss babes at the NCCWSL made me feel more confident about my own story, my personal values, and my vision for the future. It has motivated to build more resilience in this time in my life. Above all, it has made me realize that it’s not about your personal successes in life, it’s about how you have applied your success for a greater good.” 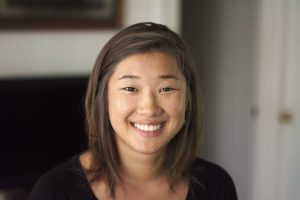 A former student-athlete at UH-Manoa originally from the Pacific Northwest, Peggy Liang received her Bachelor of Science in Family Resources two years ago. She worked as an independent living specialist for a non-profit organization that serves the deaf, hard of hearing and deaf blind community for a little over a year.

She decided to further pursue her studies  with a graduate degree in public administration. She hopes to work in the public sector or government and to continue to give back to the community. Liang also attended NCCWSL in June at the University of Maryland, College Park.

“I am thrilled to get the opportunity to attend NCCWSL because I see it as an opportunity to network, build my personal and professional background and new insights. This opportunity would open more doors for me when I graduate with a Master of Public Administration,” she said.

“I am grateful to have this opportunity to attend NCCWSL,” she added after the event. “I had a chance to network, inspire and be inspired by women. I like to see that we are doing something progressive on our part in various communities and even different countries too! At end, we are not just future leaders… We are now leaders!”

Members of AAUW Honolulu and past awardees of the group’s scholarship gathered at the Hawaii Yacht Club on Thursday, March 16, 2017 to catch up on their work.

Leanne Simms received an AAUW Honolulu Branch award in 2014, in addition to a 2016-17 American Fellowship from AAUW national. She is a PhD. candidate in American Studies at University of Hawaii, Manoa. Her specialization is women in prison and the prison-industrial complex, women’s life writing, making the voices of Pacific Islander women heard, trauma and literary theory.

Her project’s name is “Hawaii’s Women’s Prison: The Role of the Kailua Prison Writing Project and the Prison Monologues as Expressive Pu‘uhonua”; Pu‘uhonua means “sites of healing” Leanne’s research in the women’s prison examines social justice failures and explores gender, race, and the nation-state through a multidisciplinary lens. She hopes to soon publish her dissertation, “A Cell of One’s Own.”

Rachel Hoerman, a Ph.D candidate at the University of Hawaii – Manoa, used her scholarships from AAUW Honolulu and AAUW national for her project, “Archaeological Approaches to Southeast Asian Rock Art Research and Conservation: Case Studies from Sarawak, Malaysian Borneo”. 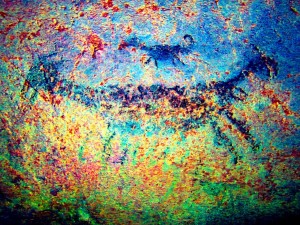 AAUW Honolulu’s support of my dissertation research resulted in the discovery of numerous new archaeological sites, including a cave replete with rock art. Your organization’s support, combined with an AAUW Dissertation Fellowship from AAUW national, will enable the completion of my PhD in the next year, and facilitate what I hope will be a long career of scientific research and discovery.

Join Us for Our Annual Branch Alumni Celebration!

Join us to meet our outstanding fellowship recipients and listen to reports on their research and educational endeavors in a casual, roundtable style. Hear how AAUW’s support helped each achieve their educational goals and advance their careers. Enjoy pupu and a light buffet featuring salads and desert.

Free refreshments, no host bar will be available.
On street parking in marked stalls (white). Pay at kiosk.

NCCWSL, or the National Conference for College Women Student Leaders, is the premier conference for college women.

Through workshops and speakers, attendees are given the opportunity to develop the skills to lead and take charge — closing the leadership gap in government and the private sector. 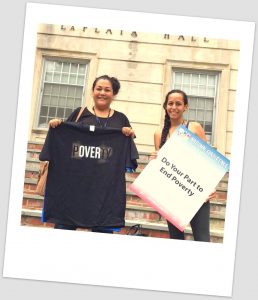 Of those that attended, nine of them were awarded scholarships from AAUW Honolulu. Liz Brown, Grace Shimabakuro and Malia Infiel shared their experiences with AAUW Honolulu members — and they unanimously agreed that the experience changed their lives for the better.

“It was amazing to be surrounded by intelligent, like-minded women,” Brown said. ‘It was awesome.”

“I had an amazing time,” Infiel, a social work major, said. 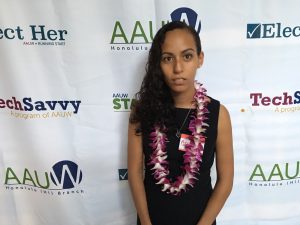 “In Hawaii, we have many who are challenged with being ‘houseless’,” Dionne Malia Infiel, who is working toward her bachelor’s in social work at UH-Manoa, said. “Going to Washington DC let me see how they’re dealing with this issue. While at NCWSSL, I volunteered with some of their human service organizations which allowed me to see how I can do my part to end poverty in Hawaii.”

“I took away perspective from NCCWSL — and that’s from meeting lots of people and hearing their stories,” Shimabakuro said.

Future female doctors, engineers and a pilot were honored in the present during AAUW Honolulu’s scholarship recipient celebration at the Outrigger Canoe Club.

The AAUW Honolulu scholarships are awarded to female undergraduate and graduate students; in addition, the organization also awards the “Tween Coleman Aviation Scholarship” for a student pursuing a career as a pilot and this year’s ceremony marked its 25th anniversary. 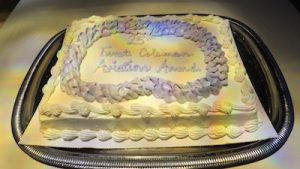 The awardees were UH-Manoa students Sharyse Nadamoto (undergraduate, mechanical engineering), Aricia Argyris (undergraduate, mechanical engineering) , Christina Kawai (medical student), Shannon Kogachi (medical student), Christine Lee and Raphela Che (nursing); Julia Graham, an alum of the University of California at Berkeley, was awarded with the Tweet Coleman Aviation Scholarship. The amount awarded to the attendees totaled $52,000. They were honored at the event, held at the club on August 24. 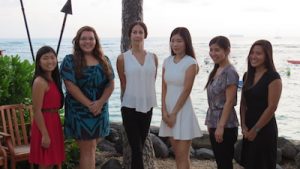 Kogachi said, “The AAUW Honolulu scholarship decreases the financial burden, and it’s helpful in medical school. I can focus on school. [AAUW Honolulu] is also an inspiring organization for women, and it’s good to know we can chase our dreams and there’s other women we can look up to.”

Che, a single mother from Cameroon and domestic abuse survivor, added, “It’s tremendous. Every penny counts and this scholarship helps a lot.” She also said the scholarship would enable her to attend nursing school tuition-free for the first year.

Argyris is hoping to go into renewable energy or robotics, describes the scholarship as “tremendous” and added, “I’m able to focus on my studies and my extracurricular activities, like my involvement with the Society of Women Engineers — I’m the vice president of external affairs. Being able to focus on that and my studies, rather than trying working and trying to find ways to pay for school, it’s a real big help.”

“One of AAUW Honolulu’s missions is to advocate for equal gender parity in education,” Janet Morse, chair of AAUW Honolulu’s scholarship committee, said. “The women who were awarded with scholarships have a bright future and we’re delighted to be able to help them on their way to being the future leaders of their respective fields.”

AAUW Honolulu scholarships continue to make a difference in the lives of women in Hawaii. The Tweet Coleman Aviation Scholarship provides funds for women seeking to earn a Federal Aviation Administration (FAA) Pilot Certificate — and this year marks its 25th anniversary.

Our 2016 award recipient, Julia Graham, will use the award to obtain her commercial multi-engine pilot’s license. Julia holds a bachelor’s degree from UC-Berkeley and a master’s degree in aeronautical science from Embry-Riddle Aeronautical University.

“I love aviation and am wholeheartedly committed to becoming a professional airline pilot. Aside from my flight training objectives, one of my primary goals in this field is promoting opportunities for female success and leadership in the aviation industry. Upon graduating from UC-Berkeley in 2008, I realized I wanted to pursue a career in aviation full time. From that time on, my love of aviation has increasingly out-weighed all other interests,” she said.

“Flying is like no other physical or intellectual endeavor, which is why I love it so much.” 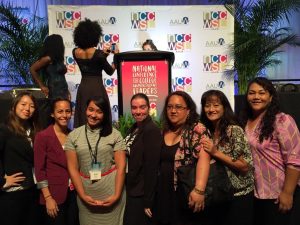 NCCWSL is America’s premier conference for college women, providing a transformative experience for attendees and preparing them to be the next generation of leaders. Each attendee becomes a part of the conference’s more than 30-year legacy.