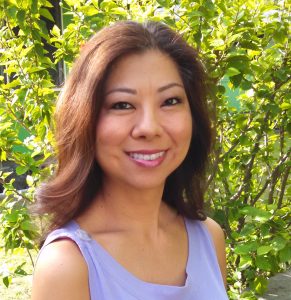 Shaunna Gutina caught the flying bug long ago, dreaming of being a fighter pilot. At the time, many factors prevented her from entering the military — and many others discouraged her. However, three decades later, she resolved to fulfill her lifelong dream of flying no matter what the obstacles were.

Shaunna learned to fly through classes and lessons she paid for herself.  But flying is expensive and she saved every cent she could. It was not enough to consistently train, which is very important as a flight student. But she applied for and is the recipient of this year’s AAUW Honolulu’s Tweet Coleman Aviation Scholarship. She said it is an immense help in achieving her dream of being a pilot.

She also saw the scholarship as a way of inspiring other women and girls to take up an interest in aviation and STEM fields.

“This scholarship will help me pay it forward and therefore, the scholarship has a far greater value than its monetary value,” Shaunna wrote. “It will be the spark for others and hopefully, inspire them to fulfill their dreams no matter what obstacles stand in their way.”

As secretary of the Aloha Chapter Ninety-Nines, a female pilot association, Shaunna has created an aviation program for the Girl Scouts of Hawaii in cooperation with the Pacific Aviation Museum. Girl Scouts will be able to learn about flying while earning a badge for their work.

Ultimately, Shaunna hopes to fly for a commercial airline, a cargo carrier, or (because of her medical background) a medical transport organization.

“I want to encourage young ladies to never allow someone to tell them they can’t do something or that their dream is unrealistic or frivolous,” she said.