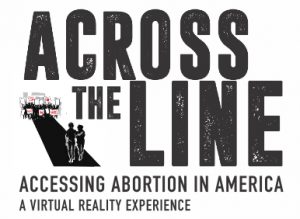 AAUW Honolulu is co-sponsoring Across the Line, a seven minute virtual reality movie. The VR movie lets the viewer experience what it’s like to be in the shoes of
a patient entering a health center for a safe and legal abortion.

After the short film, the audience will be able to talk to legislators and community advocates about barriers to health care access and strategies to ensure that all women have access to the health care they need and deserve.

Across the Line has been shown at: