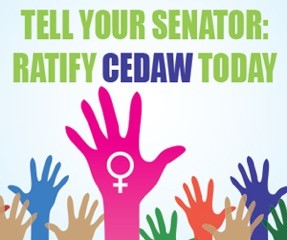 AAUW Honolulu’s Advocacy Committee currently numbers four, and we will be meeting Monday, September 14 (7-8 pm) at the Aiea Starbucks. If you would like to become part of the Committee, we would be delighted to include you. A few more members would make our jobs easier! If this interests you, please e-mail the advocacy chair [susan.wurtzburg@gmail.com], so she can provide you with an agenda, and a little more information about the committee. If more committee work doesn’t suit, there are other ways to help with AAUW Honolulu’s advocacy efforts.

If you would like to be an advocate for social change, but don’t have time for additional meetings, please “like” the Facebook pages for AAUW Honolulu and AAUW Hawaii. Plus, please join the 2-minute activist on the AAUW page. If you need help with any of these tasks, e-mail the advocacy chair [susan.wurtzburg@gmail.com] and we can schedule a time for me to talk you through the actions while you are on your computer. The Facebook and 2-minute activist links will help with better understanding of CEDAW and other political issues. Plus, we encourage everyone to spend time exploring the AAUW website which has lots of detail on CEDAW and other AAUW advocacy issues.

The Convention on the Elimination of Discrimination Against Women, or CEDAW, was adopted by the United Nations in 1979. CEDAW “is often described as an international bill of rights for women. Consisting of a preamble and 30 articles, it defines what constitutes discrimination against women and sets up an agenda for national action to end such discrimination” (UN Women). Despite being a signatory to the Convention in 1980, the US has never ratified it, meaning that CEDAW is not enforced in this nation, despite the importance of its articles for women’s rights. In 2005, Amnesty International appealed to the US to uphold the Convention: “The United States is among a small minority of countries that have not yet ratified CEDAW, including Iran and Sudan. The United States has the dubious distinction of being the only country in the Western Hemisphere and the only industrialized democracy that has not ratified this treaty.” Ratification requires that two thirds of the US Senate support the motion.

The disappointing progress of ratification fits with American political indifference to most international conventions supported by the UN. The US has ratified very few, despite American politicians spewing endless rhetoric about democracy overseas and nationally. For all of these reasons, it seems that progress toward American ratification must occur on a piecemeal basis, with individual urban centers supporting the resolution, in the hope that ultimately national leaders will follow their lead, and ratify CEDAW. This is the reason why it is valuable for Honolulu City and County to enact CEDAW at a local level and form a committee.

In conclusion, please consider supporting CEDAW further as it moves through the Honolulu City Council process, and also “liking” the various Facebook pages, while becoming a 2-minute activist. Plus, if you still have some advocacy energy, please join our Committee!